Bound and Determined: Bookbinding, part one of one million

Bookbinding is one of those crafts that I’ve always had some interest in and in which I’ve dabbled in the past. It combines all the things I love into one craft: writing, leatherworking, woodworking, art… It terrifies me a bit. Not because it’s complicated (though it is) but because it’s one of those crafts I could get lost in and never be seen again. So, as we’ve gone along, I’ve been trying to decide how to proceed as we come to the Worshipful Company of Stationers, who controlled the publication, binding, and selling of books in Elizabethan England.

I’ve decided to make it A Big Project™ akin to the way we did the bakery. Not necessarily in the sense that I plan to set up a production-level press and bindery at my local renaissance faire (though there’s an idea), but that it will be pretty all-encompassing and require a sustantial investment of time, research, and tools. I may even need to take a class somewhere. Thankfully, letterpress and bookbinding are experiencing a bit of a Moment at the moment, so there are plenty to choose from.

On the to do list are eight projects which by themselves are large projects, but together comprise just the bare beginnings of a book bindery. If ever there was a craft that was as tool-intensive as woodworking, it’s bookbinding. To say nothing of publishing, which I’ll need to think about how to address because there’s no way my annual tool allowance will absorb the cost of a proper Gutenberg Press plus a full set of lead type.

Or maybe it will, if we’re clever about it and if we’re just a little lucky.

That’s a tall order and it’s going to progress in the background of much of the other projects which unfold for the forseeable future as we dip in and out of these projects. 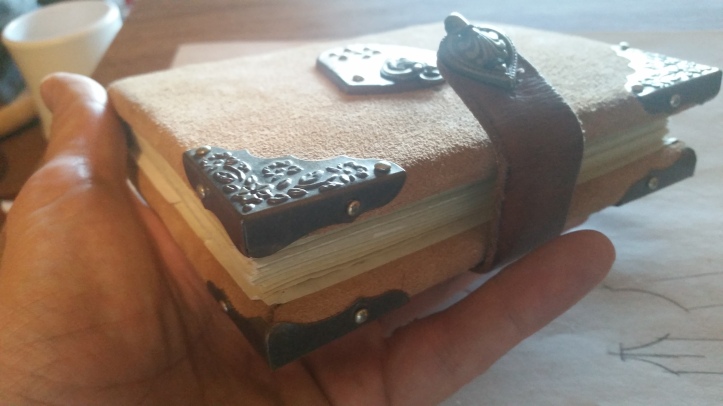 In the meantime, here’s an informative YouTube playlist to kick things off.