Quick Update: Beer, Bread, and Things to Read While Waiting

In the meantime, here’s someone who actually knows what he’s doing with a pile of malted grain and some yeast. I am reminded, while reading this, that I’ve never done this before and don’t really know what I’m doing here. Our old friend the Leatherworking Reverend left this link in the comments of the last post. Read more here (and please come back to be singularly unimpressed with the lack of complexity in my brewing attempts):  http://leatherworkingreverendsmusings.wordpress.com/2013/07/09/brewing-mrs-harrisons-ale-1577/

His stuff is always worth a read. 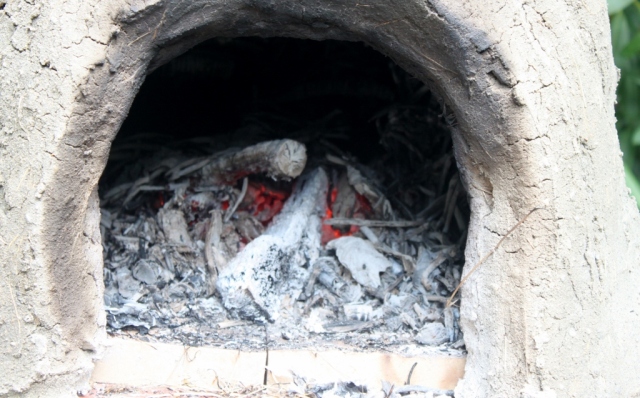 The oven’s ready to go (that’s the mouth of il forno up there) and tomorrow we’re going assay our first baking. Today, I made the door for the oven using modern dimensional woods, but entirely period tools. I didn’t take any pictures because I was also dodging squalls as they swept across the island.

What came across first and foremost is that my ancestors were right on the money when they eagerly traded in their wood-bodied planes for shiny new iron-bodied Baileys from a slick traveling Stanley salesman. I’ll get into the quirks and annoyances of properly setting-up and using a wood bodied plane when we get to joinery, but for now let me tell you that even as an experienced woodworker, I was seriously having a time of it.