There are two types of stitches that are prevalent in the knitted garments that have survived from the 16th century. The knit stitch and the purl stitch.  It’s worth noting that unlike modern methods of using alternating knit and purl stitches to create elasticity, in the 16th century, the purl stitch was apparently used mostly for decorative purposes. The earliest example I can come up with of knit/purl ribbing used to add elasticity to stockings is this pair in the Victoria & Albert Museum dating from 1640. Though that child’s vest I posted earlier today seems to me to have ribbing around the neck.

I’ll let others argue the point.

Of course, now that I know how to do it, it seems a no-brainer. Of course that’s the problem with working backward in time, trying to replicate items that predate modern methodology. What seems obvious to us took centuries of trial and error to accomplish.

For instance, three-dimensional knitting also seems to have been a long time coming. That’s when you knit a garment rather than knitting a bunch of cloth that you then sew into a garment. Of course some sewing after the fact is inevitable when you’re making something like a sweater (or so I’m told) but at times it seems like the early modern knitter saw him or herself as a weaver, making whole cloth to then sew into garments.  By mid century at least, they unlocked knitting ‘in the round’ which is to say knitting a tube, but things like the foot of a stocking were still knitted flat and then sewn together to form thier final 3-dimensional shape.

of course, all that is just academic if you don’t know how to knit. 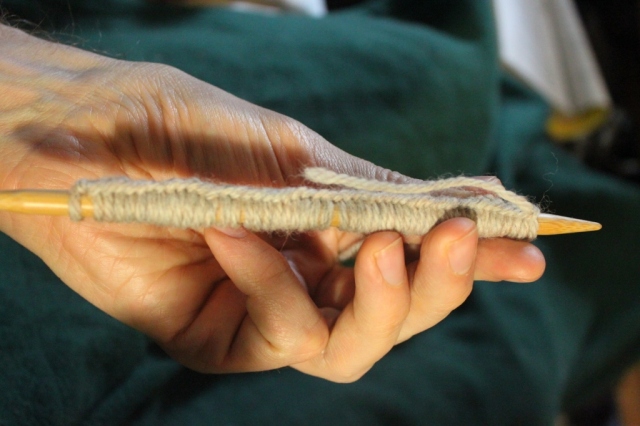 Note in the image below that you can just tell that I have the trailing yarn looped around my little finger. This applies friction rather akin to a belay break in climbing, slowing the yarn as it unspools and maintaining an even tension for the loops we’re going to be making. 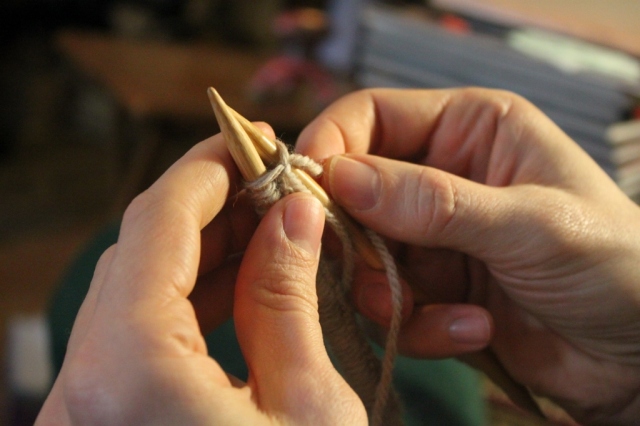 The empty needle goes behind the needle holding the stitched.
This is sometimes called the “Thrown” method of knitting because you’re going to ‘throw’ a loop of your yarn around the needle in back.

Then, use the point of your needle to pull the thrown loop through the existing loop… 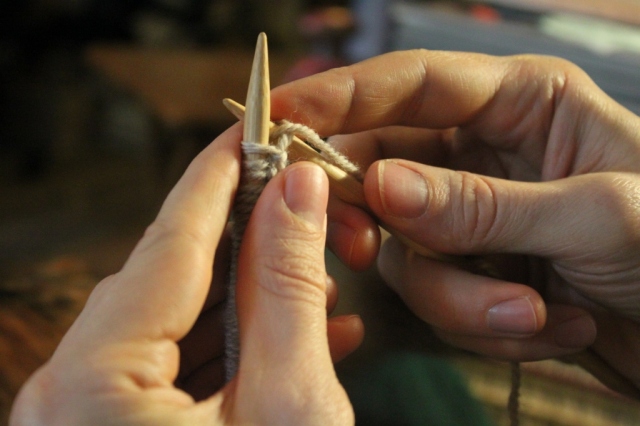 And let the earlier loop slip off the end of the needle.

That’s knit one.  Repeat that until you’ve moved all your cast on stitches to the other needle and you’ve completed your first row.

Keep going, moving the stitches from one needle to the other with knit stitches.
The Engineer advised me that at the beginning it’s important to work on keeping your tension consistent and try not to skip or drop stitches. This is more important at first than trying to actually make something, unless you want to make a scarf, which can be row after row of knit stitches. 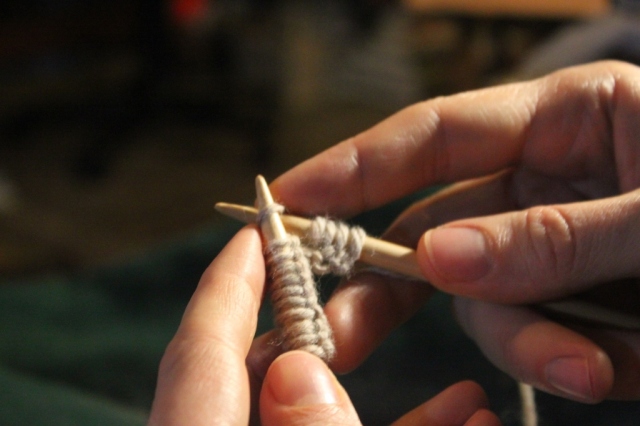 As you go along, you will begin to recognize the pattern of interlocking loops and you’ll know you have it down. That’s the basic stitch of historical knitting. At that point, it’s time to work on a new stitch, the purl… which we’ll do tomorrow. 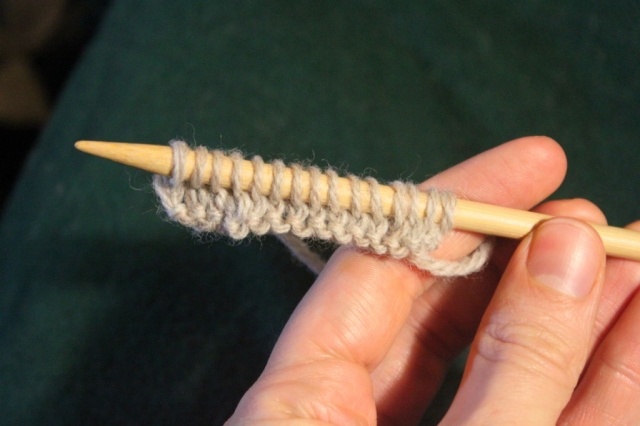 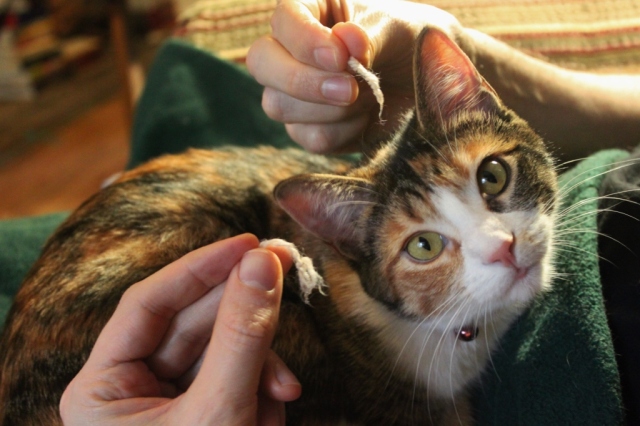 A common obstacle my wife encounters when she’s knitting her airy confections is feline assistance. I’m faring no better than she does. Unfortunately, cats make better scissors than they do knitters, but all is not lost thanks to the fact that we’re both working with wool.
Wool has the blessed quality of felting when in the presence of moisture and agitation. To rejoin a kitty-clipped section of yarn, simply wet the cut ends (saliva actually works better than water, but water will do if you’re squeamish).

Lay the wet ends aside one another in your hands and then rub them vigorously between you hands to bind the threads back together. 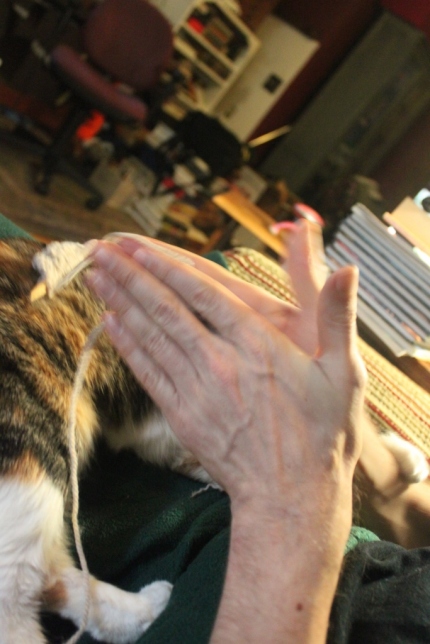